The five-year-old, who is owned by Sheikh Mohammed Obaid, was making his first start in Britain this season having comprehensively won the Dubai Sheema Classic at Meydan in March.

And the return to these shores produced a career-best performance, Postponed tracking stable companion Roseburg into the straight before quickening clear inside the two.

He looked in no danger thereafter, handling the idiosyncratic cambers with aplomb, and he stamped his class on a field that contained four previous Group One winners having been given a confident and masterful ride by Andrea.

Postponed will now return to Ascot to defend his crown in the King George VI & Queen Elizabeth Stakes next month.

Roger said: “"Postponed is a remarkably versatile horse. He's very balanced and just the ultimate athlete. The timing for this is right to go straight to the King George now."

Andrea added: “He's just a proper horse. He travelled great, goes on any ground and quickened up fantastically. He's a great horse to ride and I'm very lucky to ride him."

The stable notched a double just over an hour later as Shabeeb produced a runaway performance in classified company at Doncaster.

Partnered by Harry Bentley for owner Sheikh Hamdan Al Maktoum, the colt strode six lengths clear from the progressive Montsarrat having travelled powerfully throughout the mile and a quarter contest.

Roger said: “Shabeeb won his maiden in good style at Sandown and he has clearly progressed since then. He is a colt who works nicely at home and he deserves a tilt at something better now.” 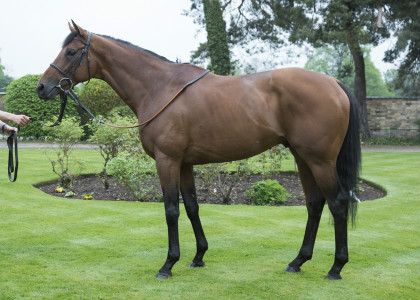