Lydford justified favouritism to break his maiden at the third attempt on his handicap debut at Wolverhampton on Saturday.

This 3yo colt by Fastnet Rock was making his third racecourse appearance having finished placed on his debut in a 7.5f novice at Chepstow at the end of September. He stepped up to 1m2f on his second start in a maiden at Chelmsford less than two weeks later where he travelled quite wide in the field and got a little outpaced round the home bend.

He clearly relished the extra two furlongs on his third start and was a lot sharper from the gates, taking up a prominent position tracking the leader through the early stages. The pace began to lift with half a mile to run and Lydford was able to shadow the leader round the home bend. Callum asked to pick up turning into the straight and he responded generously, striding into the lead with a furlong and a half to run before kicking clear of the field inside the final furlong to record a impressive win.

He was sure to have stamina in abundance as he is closely related to the brilliant stayer Big Orange, so it will be exciting to see what he can do next year as a four-year-old. 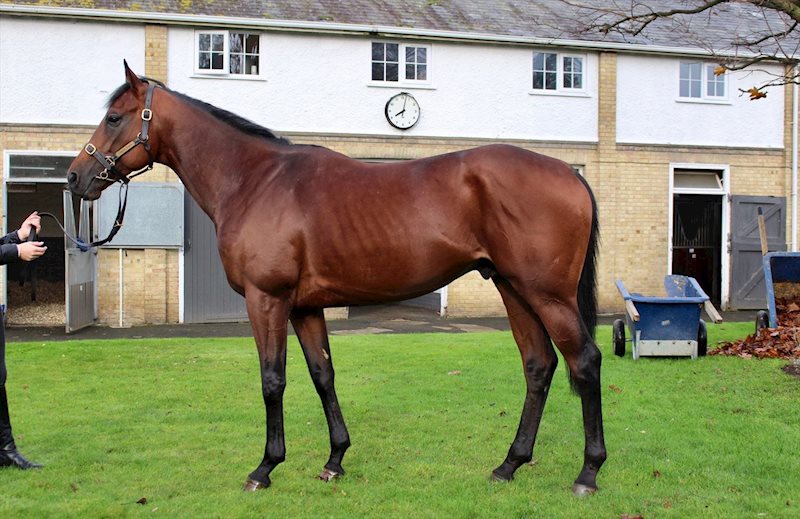 Lydford (3yo colt by Fastnet Rock x Miss Brown To You)