Sheikh Mohammed Obaid’s five-year-old won the Listed Tapster Stakes at the course in May and he has since acquitted himself creditably at Royal Ascot, finishing fourth in the Hardwicke Stakes on unsuitably soft ground.

Tomorrow’s assignment represents a drop in grade and Roger is hopeful of a big performance in what looks an open and competitive race.

He said: “The Glorious Meeting has always been the plan with Mount Logan following his fine run at Royal Ascot and I have been pleased with him at home since.

“Twelve furlongs on fast ground appear to be his optimum conditions and while this is a competitive affair, the unfortunate defection of Scottish leaves Mount Logan joint-highest rated on official figures. I hope he can go very close.” 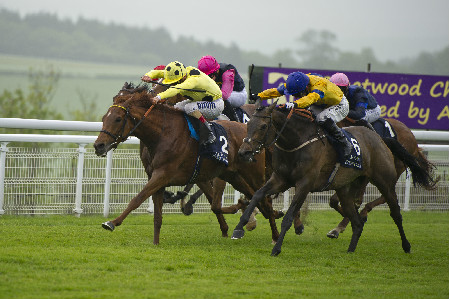 Mount Logan winning the Tapster Stakes in May