Sheikh Mohammed Obaid’s son of New Approach was conceding a 6lb penalty to his four rivals having won the Listed Tapster Stakes in May, but the extra weight proved no burden here as he recorded a six-length win over Lanwade Lad, with a further two lengths back to Windshear in third.

The victory marked a significant landmark for the stable as our total domestic prize money passed through the £2,000,000 marker for 2016, and Roger’s seasonal-best tally is now very firmly in sight.

The result this afternoon never really looked in doubt, Andrea settling Mount Logan in third as Revolutionist cut out an even tempo. He travelled ominously well heading down to the last quarter mile, and he extended away in an instant when Andrea popped him the question, only needing to be pushed out to maintain his authoritative margin in front.

The five-year-old, who acquitted himself creditably when finishing fourth in the Group 2 Hardwicke Stakes at Royal Ascot, could now return to stakes company.

Roger said: “Mount Logan has run consistently well all year and I’m pleased, both for the horse and for Sheikh Mohammed Obaid, that he has been able to get his head back in front. He’s versatile in terms of trip and ground, and we will probably step him back up in class now. There is an attractive programme over the next few weeks for a horse with his profile.” 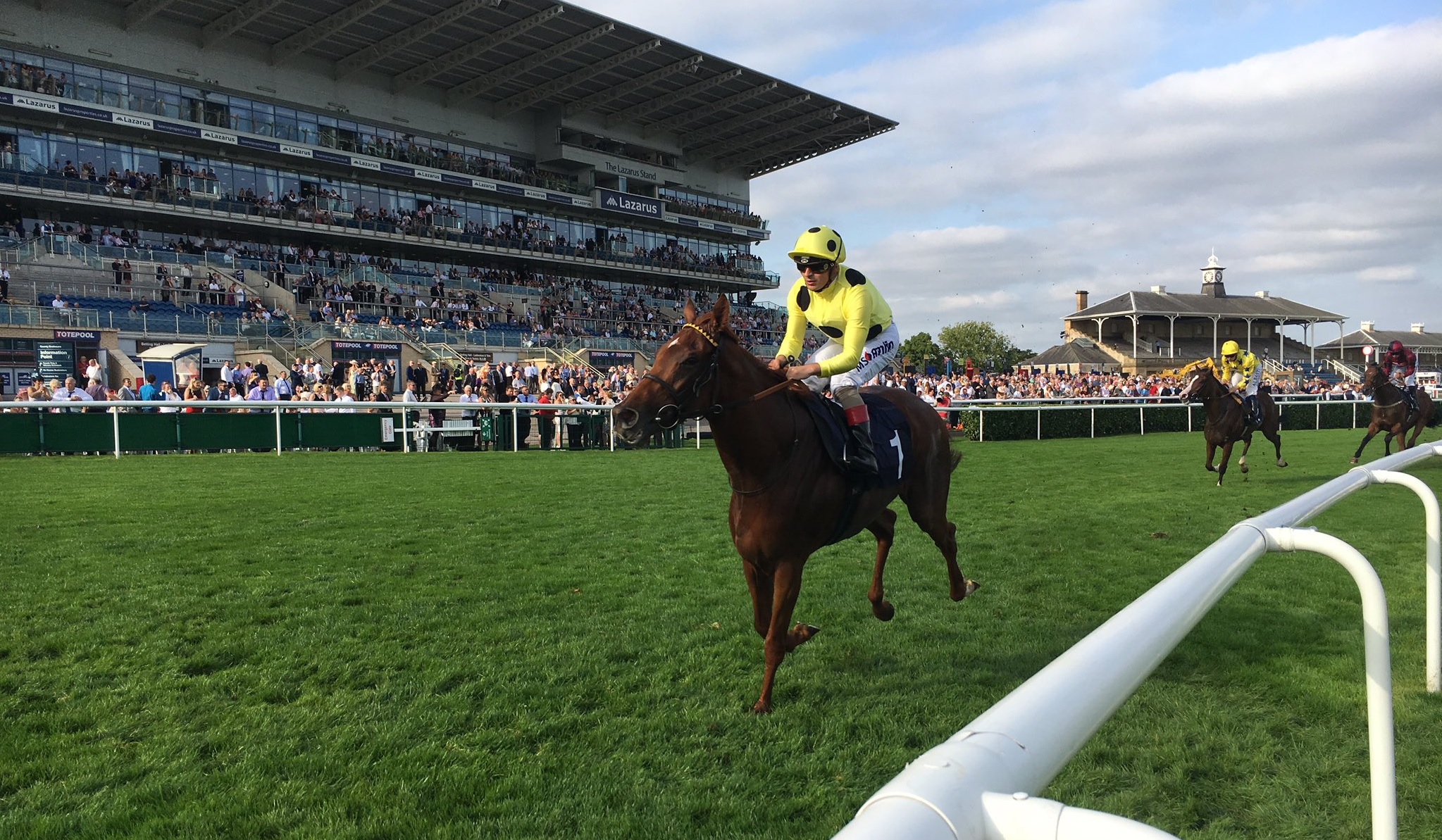 Mount Logan and Andrea pass the post in splendid isolation.