A daughter of Sea The Stars, Hadaatha has been off the track since finishing third behind Volume in the Swettenham Stud Stakes in May.

The Listed John Musker Stakes at Yarmouth had been her long-term target and she ran out a convincing winner under Paul Hanagan.

She was a little sluggish out the stalls, forcing Paul to sit and suffer at the rear of the field.

Once in the clear, Hadaatha picked up well to hit the front with a furlong to run before holding off Albasharah to win by a length and a quarter.

Roger said: "We have always thought Hadaatha was a classy filly. Her work has been very good and her form from both her maiden and the Swettenham Stud Stakes is very strong.

"That was only her third start and she did it well against hardened fillies. We'll see how she comes out of this before making a plan."

Ajaadat was also in the winners' enclosure, taking a seven furlong maiden at Beverley. Sheikh Ahmed's filly had been placed on all three of her previous starts and she held all challenges at bay to win by a length under Jack Mitchell. 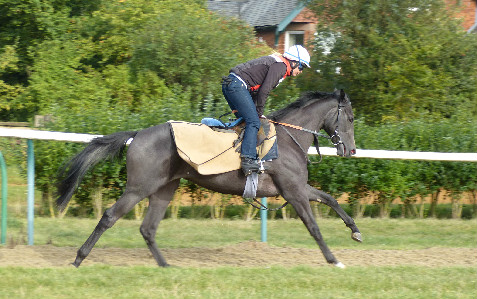