Sheikh Hamdan's son of Invincible Spirit was trying a mile and a half for the first time having run well to be third on his seasonal bow in the Gordon Richard Stakes at Sandown.

Jockey Paul Hanagan established an early lead aboard Ektihaam and made it a true gallop, gradually increasing the tempo along the backstraight.

Rounding the bend, Hanagan kicked again and all his rivals were at full stretch. Old foe, Thomas Chippendale came out of the pack but never got near Ektihaam who galloped relentlessly to the line to win by six lengths.

Roger said: "That was great. Paul has made it a proper gallop and he has got the trip really well. He's entered in the Hardwicke at Royal Ascot and I'd think we'll aim him at that." 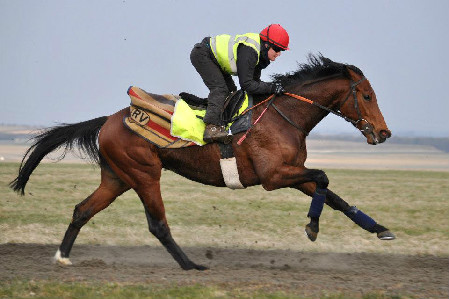 Ektihaam gallops on the Cambridge Road Poly Track this spring