Horsted Keynes made it three wins on the bounce when taking a seven-furlong handicap under Andrea Atzeni. The son of Giant's Causeway has won both his starts this season and came from behind to comfortably land the spoils, going away by half a length.

Earlier in the afternoon, Kafeel opened his account when winning a seven-furlong maiden in the hands of Sheikh Hamdan's retained rider Paul Hanagan.

He raced lazily throughout but picked up well up the straight to wear down the leaders deep inside the final furlong to win by three-quarters of a length.

Roger said: "Horsted Keynes is improving and looks as though a mile won't be a problem for him. We plan to keep him going through the winter.

"Paul likes Kafeel, he tries and has come on from his first run." 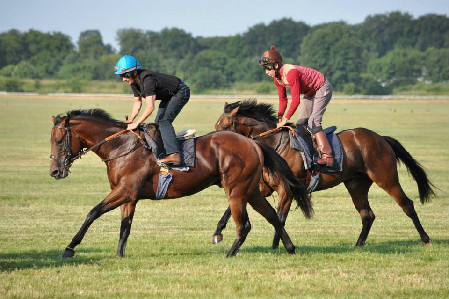