On a busy afternoon for the stable it was Line Of Departure who stole the show with an accomplished victory in the most valuable race on the card. Over the channel Queen Daenerys made it a fabulous day for connections by winning the Prix Joubert (Listed) at Longchamp.

Roger has enjoyed success in the Weatherbys Racing Bank £200,000 2-Y-O Stakes once before when Laugh A Minute sprung a surprise at 33/1 in 2017, but Line Of Departure was much stronger in the market today coming here off the back of two consecutive wins. His most recent victory came at Ascot where he defeated Ataser who went on to win Class 2 nurseries at York's Ebor Meeting and Doncaster yesterday.

The race went very smoothly for Line Of Departure and his jockey David Egan who followed his stablemate, and eventual fourth, Dark Lion through the early stages. The pace picked up at halfway and Line Of Departure quickly moved through into a more prominent position. He lugged into the stand side rail once under a drive, but it didn't stop his momentum and he went on to record a 1¼l win over the joint favourite Yazaman.

This colt is beautifully related, being a half-brother to this year's G1 Commonwealth Cup winner Golden Horde, and his progression on the track has been eye catching to say the least, so it will be exciting to see what the future holds for this son of leading first season sire Mehmas. 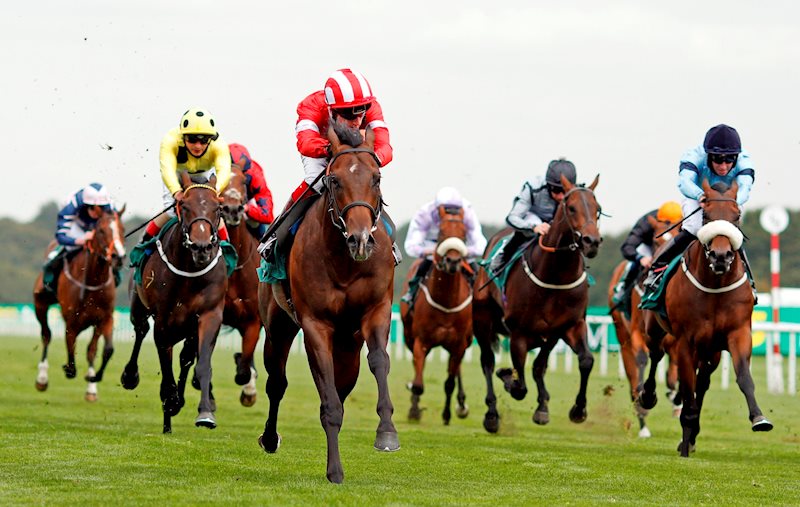 Later in the afternoon Queen Daenerys was in action in the Prix Joubert (Listed) at Longchamp over an additional two furlongs to her latest tests in the Epsom Oaks and the Prix de Thiberville (Listed), where she finished fourth on both occasions. Partnered by Mickael Barzalona, Queen Daenerys made every yard of the running today and didn't see a rival, eventually passing the post 1¼l ahead of Vadalda.

She had very strong form as a two-year-old; finishing second to Cloak Of Spirits on debut, winning a mile novice at Newmarket before returning to the track to finish sixth, beaten 5½ by Quadrilateral, in the G1 Fillies' Mile. Given that she was pitched into Classic company on her second start this season, we have clearly always thought a lot of her and so it is brilliant to see her win a stakes race for her owner HH Sheikh Nasser bin Hamad Al Khalifa.