As predicted by Michael Bell in the week leading up to kick off, the inaugural Racing League “came home” last night with Jack Mitchell leading Team Talksport over the line in a way England captain Harry Kane could not at this summer’s Euro finals.

Jack was an almost ever-present in the league over the six-week competition, and deservedly came out on top of the jockey standings having partnered five (and a half) winners since we got underway at Newcastle on July 29th.

Consistency proved key for the Bell/Dunlop/Fanshawe/Varian collective as just one of the six race evenings passed without a winner. Bonneval’s two wins (one reluctantly shared) nicely bookended the League season, with Lydford, Dark Lion, Natural Path and Second Slip also contributing a maximum 25 points at some stage.

Thank you to the organisers, the owners of the horses who allowed them to compete in our team, and all of the riders, travellers and grooms involved from start to finish. 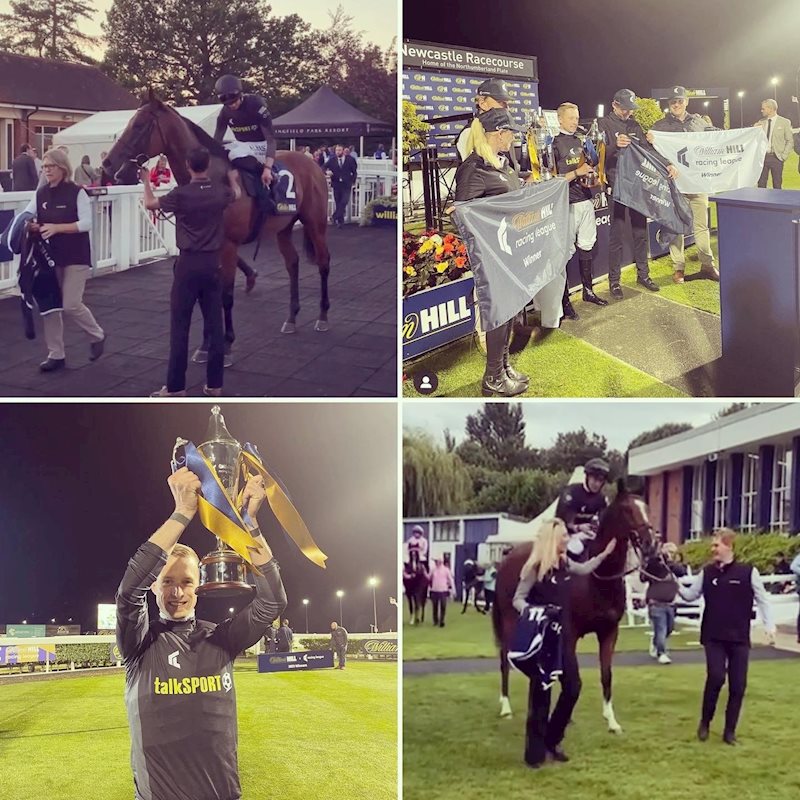