The daughter of Zamindar made her rivals in the class 3 event look like 'platers' as she cruised through the race before kicking clear under Dane O'Neill to win by four and a half lengths.

Sheikh Hamdan's filly has taken long time to come to hand this season but a great team effort has gone into getting her back on the track and our patience has been rewarded.

Roger said: "She did it very well. She is not very straightforward, hence the hood, but she has plenty of ability and I'd say we'll step her up in grade now." 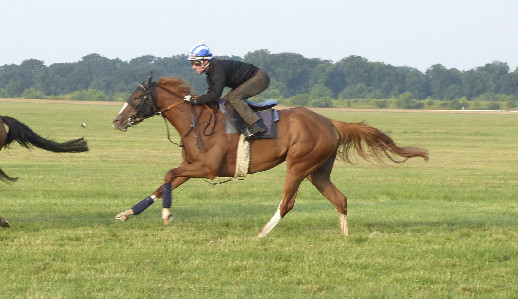 Lanansaak on the watered gallop under Richard Hills