Paul Smith's Kingston Hill scooped last season's Cartier Champion 2YO colt and this season he was nominated for the Champion Stayer award following his sensational triumph in the St Leger at Doncaster. The crown went to Ascot Gold Cup winner Leading Light, who is owned in partnership by Paul's father Derrick.

Cursory Glance, owned and bred by Craig Bennett, won both the Group 1 Moyglare Stud Stakes and the Group 3 Albany Stakes at Royal Ascot this season. This alone is enough most years to be crowned Champion 2YO filly but unfortunately this season the remarkable speedster Tiggy Wiggy was also on the scene. The Richard Hannon-trained filly won six races including the Group 1 Cheveley Park Stakes and when she beat Cursory Glance in the Lowther Stakes at York in a course record time.

Belardo is currently the top-rated two-year-old colt in Britain and Ireland with a mark of 119 following his impressive win in the Group 1 Dewhurst Stakes. However, Gleneagles was voted to be the Champion 2YO colt based on his easy win in the Group 1 National Stakes at The Curragh. He also passed the post first in the Jean-Luc Lagadare at Longhcamp only to be disqualified for interference. 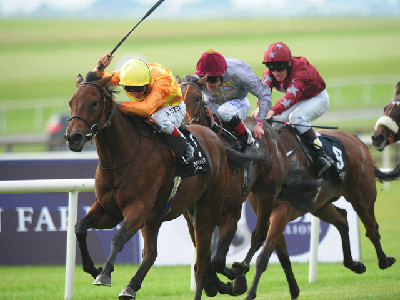