Kingston Hill was given a tremendous ride by Andrea Atzeni to finish fourth in the Prix de l'Arc de Triomphe. Drawn 20 of 20, Andrea ensured Kingston was quickly out of the stalls and urged him forward to adopt a handy position.

He tracked the pacemaker and was perfectly poised as they entered the straight. Kingston Hill picked up well but was headed by the outstanding Treve with two furlongs to run.

It looked as though he might get swallowed up by the field but he stuck gamely to the task and rallied again to take fourth, netting nearly £240,000.

Roger said: "I am very proud. It was some effort from that draw - Andrea got a great position and he has run a stormer.

"He hasn't had soft ground all year but has still managed to win the St Leger, finish second in the Derby and fourth in the Eclipse and now the Arc.

"He really is a top-class horse and we are very lucky to have him. A big well done to all the team at home."

Earlier in the day, Hadaatha finished strongly to take third in the Group 1 Prix de l'Opera. Sheikh Hamdan's filly was stepping up into Group 1 company having only run three times, the last of which saw her take a Listed event at Yarmouth.

The daughter of Sea The Stars was shuffled back in the early stages but really picked up well up the straight. She was beaten just two necks.

Roger added: "We have always loved this filly at home and she has justified our faith in her with that peformance.

"It was a big ask to go from a Listed race to a Group 1 but she has emerged with plenty of credit." 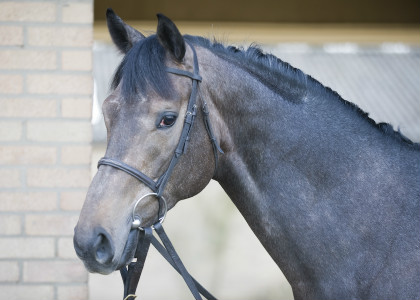