Sheikh Hamdan's daughter of Haatef has been placed on no less than six occasions this summer and thoroughly deserved this break through success.

Jockey Dane O'Neill rode a patient race, settling Khawaater on the rail in the midfield.

She travelled strongly and was still going well when short of room two furlongs from the finish.

Once in the clear she picked up well and hit the front inside the furlong marker. The eventual runner-up Longside came with a late run but Khawaater stuck on gamely to win by a head.

Roger said: "She hasn't done a lot wrong and has always shown at home that she is up to winning. She is in the horses in training sale and it's good to go there with a one next to her name." 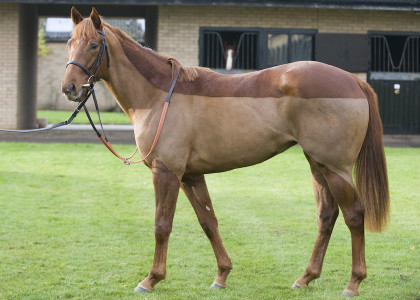