Sheikh Hamdan's Intilaaq made all the running to win the Group 3 Rose of Lancaster Stakes just half an hour before Realtra struck in the Listed Dick Hern Stakes.

Intilaaq had won in Listed company at Newbury last time out and he took this step up in his stride powering away in the closing stages to win by five lengths under Paul Hanagan.

Jack Mitchell gave Realtra a patient ride, settling her at the rear of the field in what was a strongly run race.

She came with a run down the outside, sticking her neck out gamely to win by a neck.

Roger said: "Paul wanted to keep it simple and was keen to go on rather than it get messy. He is a talented colt who has really hit the line strong.

"I would think York will come a bit soon but we have put him in the Champion Stakes at that could be an option for him later in the year.

"Realtra had a couple of weeks at the National Stud after Ascot and has trained nicely since returning. It was the aim to win a Stakes race and Jack has given her a lovely ride." 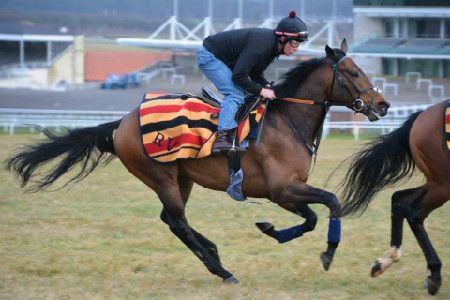