Owned by Mr Nurlan Bizakov, Tomyris was a taking winner of the seven-furlong fillies’ maiden at the Craven Meeting, but an official handicap mark of 82 required a jolt of improvement on this steep rise in class.

However, the daughter of Invincible Spirit, who is from the family of G1 St Leger winner Rule Of Law and G1 Poule d’Essai des Poulains winner Circle Of Gold, went some way to emulating the exploits of those illustrious relatives when getting the better of the 97-rated On Her Toes by three-quarters of a length.

Settled towards the rear of the sextet by Andrea Atzeni, Tomyris relaxed beautifully in the early stages before looming powerfully between runners entering the final three furlongs.

Long-time leader Sibilance wound the tempo up from her crack position on the stands-rail, but Tomyris angled out to challenge and soon swept into the lead.

On Her Toes and Ryan Moore gave chase inside the final furlong, but a couple of liveners from Andrea were enough to seal the deal, with Tomyris finding generously for pressure and sticking her neck out to win a shade cosily come the line.

Nemorlia, who won this race last season, subsequently finished runner-up in the G1 Coronation Stakes at Royal Ascot and that is the likely next port of call for Tomyris.

Roger said: “Tomyris is in the Coronation Stakes and that would be jolly tempting after she won today. I will discuss potential options with Mr Bizakov, but she is an exciting filly for the rest of the season.” 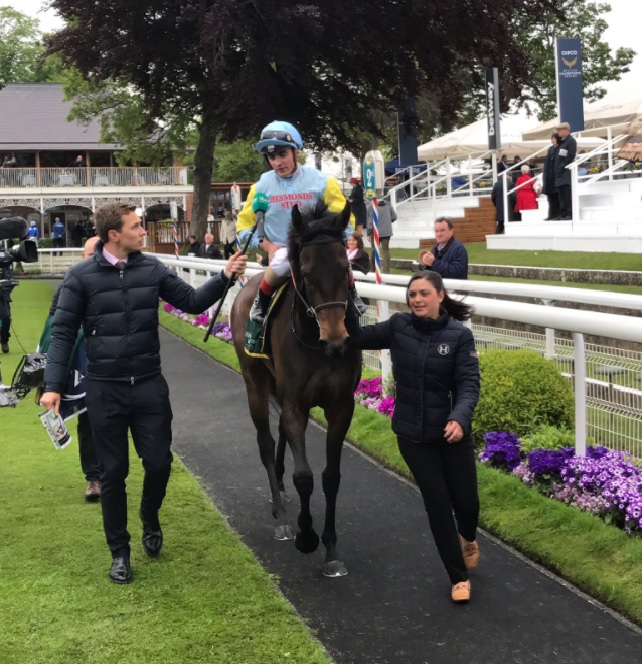 Tomyris, Andrea Atzeni, groom Laetitia and ITV's Oli Bell in the parade ring following the victory of the filly at York on Friday.