Two very promising juveniles, Hey Mr and Arion Fox, broke their maidens on Wednesday with victories at Nottingham and Kempton.

Hey Mr, by the first season sire Territories, was having his fourth start at Nottingham on Wednesday having finished in the placings on his three previous starts. He had twice bumped into Imperium Blue, but the drop back to 5f allowed him to reverse the form with that rival and he was well on top of the field of five at the line under a confident ride from Rossa Ryan. His 5yo half brother Spoof has won three races over 5f this season. 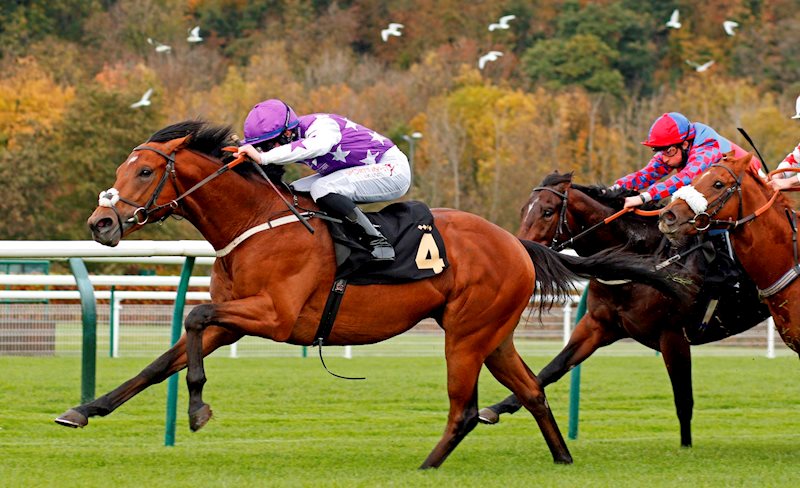 Later in the afternoon at Kempton Park Arion Fox made her handicap debut for King Power Racing and she fairly bolted up under Silvestre De Sousa to record her first win. This scopey daughter of Kingman has improved with racing and she too was dropped back in trip to 6f having started out in a 7f maiden at Newmarket in August. Everything went very smoothly for Silvestre from stall two and Arion Fox was able to find a position on the rail just behind the leaders. She was going much the best on turning in and luckily the split came as the field fanned out into the straight allowing Arion Fox to lengthen away from the field with relative ease.