The son of Vale Of York was second on his debut at Leicester three weeks ago and he improved on that effort to win comfortably under Tom Queally.

He broke smartly from the stalls allowing Tom to adopt a handy position on the heels of the leaders.

Haxby travelled strongly before easing into the lead with over a furlong to run.

Tom never had to get too serious with him and he went on to win by nearly two lengths.

Roger said: "Haxby is a lovely straightforward colt. He improved from his first run and did this nicely. We shall probably look for a novice race for him next."

Also on Saturday, Toofi took the step up to Listed company in his stride with a gallant second in the King Charles II Stakes.

Talmada and Elkaayed also ran well in their respective races with the latter finishing fourth in the Aston Park Stakes at Newbury. 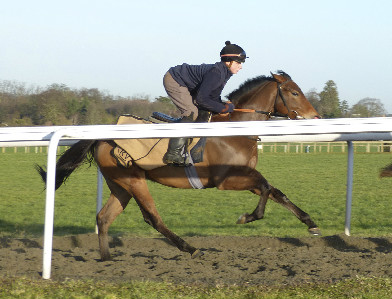