Haalick, owned by Sheikh Ahmed, ran out an impressive winner of the 7f maiden on his racecourse debut. Jockey Graham Lee was trapped behind a wall of horses a furlong from home but when he switched to the outer his mount picked up well.

He was eating up ground on the leaders and got up to score going away by half a length.

Later in the evening Decorated Knight made light work of the mile maiden also under Graham Lee.

The son of Galileo provided owner/breeders Saleh Al Homaizi and Imad Al Sagar with a double on the day following Bella Lulu's success at Doncaster.

Roger said: "We had some good chances on the afternoon so to have a treble was great. Haalick is a lovely looking colt and has always shown plenty at home.

"We were disappointed when Decorated Knight didn't win at Ripon first time out this season but he has made no mistake there and won it nicely." 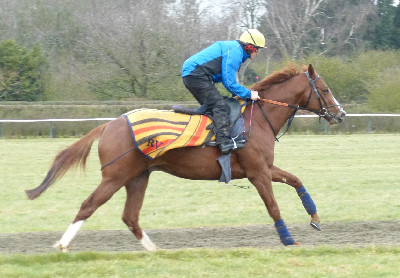