Owned by Prince A A Faisal and Godolphin, Belardo won the Dewhurst Stakes as a juvenile, and he added to his top-flight tally when beating Beverly D. Stakes winner Euro Charline by a length.

This was a masterful ride by Andrea, who settled Belardo towards the rear of the field having missed a beat at the start.

The horse travelled beautifully throughout, relishing the ease underfoot following the deluge of rain through the week, and he was produced towards the far rail inside the last, quickening up in great style to win with something in hand.

The victory was just reward for a horse who has plied his trade admirably throughout his career, chasing home the exceptional Solow in last season’s QEII Stakes before winning at Doncaster on his return and proving unsuited by the way the race developed at Sandown last time out.

Roger said: "He salvaged his career year last year chasing home Solow at Ascot and that told us we needed to keep him in training this year.

"I'm delighted for his owners and they kept the faith in him. His work has always been outstanding at home and he deserved another big one."

The Queen Anne Stakes at Royal Ascot could be next on the agenda. 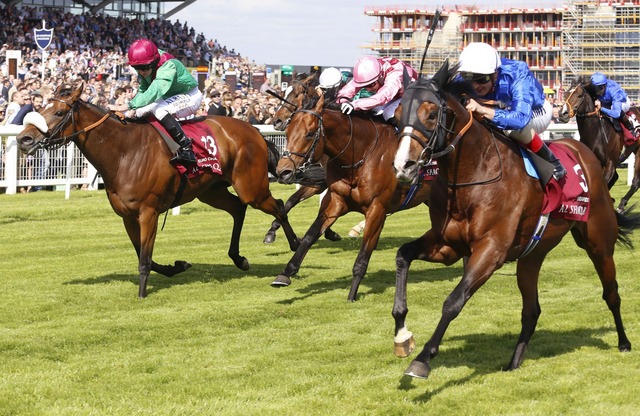