The daughter of Authorized, owned by Ali Saeed, was an outsider for the mile and a quarter contest but had run two solid races this season.

In a change of tactics, she made the running under Johnny Murtagh and was never headed.

Johnny gradually upped the tempo approching the last half mile and Ambivalent lengthened her stride.

They were all queued up to take her on at the furlong pole, but she stuck her neck out and gamely repelled all challenges to beat last year's Oaks winner Was by half a length.

Roger said: "She's run well in her two starts this year but both races were tactical and we held her up and she was gassy. I said to Johnny we've got nothing to lose and that we'd change tactics and go forward. 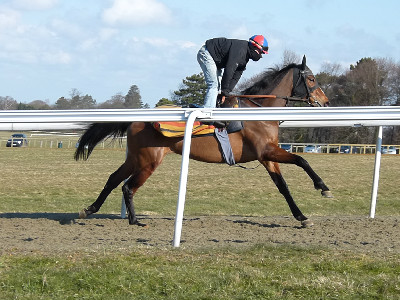