After an abortive opening day at Glorious Goodwood one of the ghosts of Royal Ascot 2021 was laid to rest in some style by Nurlan Bizakov's Nagano in the mile-and-a-half handicap this afternoon. 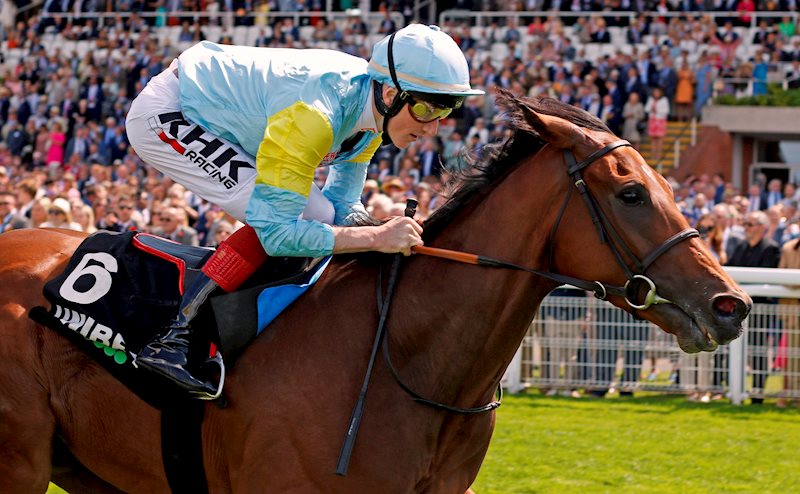 Nagano has done nothing but improve since his introduction to racing in the Wood Ditton in the middle of April and had looked very unlucky not to go close in the King George V Handicap at the Royal meeting when being stopped in his tracks by serious interference as he was making his run. That impression was confirmed by the manner of his success on the Sussex downs as he swept down the middle of the track under David Egan in the style of a horse who could well be better than a handicapper in time. Roger had been very keen to stress beforehand that Nagano was not one to get after early in the race and that he'd learned to travel better with experience, and the decision to ride him cold was vindicated in no uncertain terms as he displayed a previously unseen turn of gear when asked. Having earned his riding fee on this horse on his first couple of starts David could enjoy the ride a little more on this occasion. 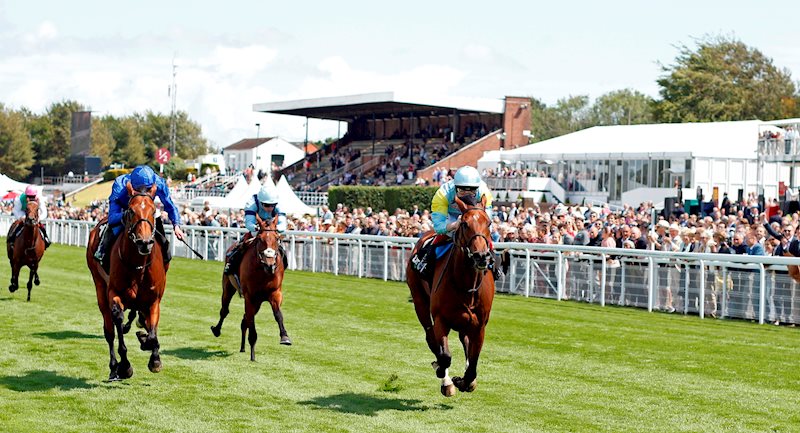 NAGANO and David Egan win the mile and a half handicap at Glorious Goodwood.

Having performed on a variety of ground the Fastnet Rock gelding looks a lovely prospect going forwards and promises to stay a little further if required. Races such as the Melrose Handicap and options at Listed level and above will come now under consideration.

Congratulations to Mr Bizakov and his Hesmonds Stud who have bred three other winners out of Nagano's valuable dam Nazym, including our own G3 Musidora winner Nausha.