It is three days shy of a year that Fujaira Prince was last seen on a racecourse, but he certainly made up for lost time with a scintillating display in the Copper Horse Handicap on day two of Royal Ascot, winning by 3¾l.

Andrea Atzeni was positive from stall 16 and soon had Fujaira Prince settled in second position travelling very comfortably. This was his first start over 1m6f and he clearly relished the conditions, kicking clear in the final two furlongs to extend his lead and put the race to bed in the style of a horse that has more to come.

As Roger mentioned in his interview before the race, this six-year-old gelding has been fragile to train and did suffer a setback following his creditable third in the Duke Of Edinburgh Stakes last year. He has now won four races and has never been out of the first three in seven starts.

Many congratulations to his patient owner Sheikh Mohammed Obaid! 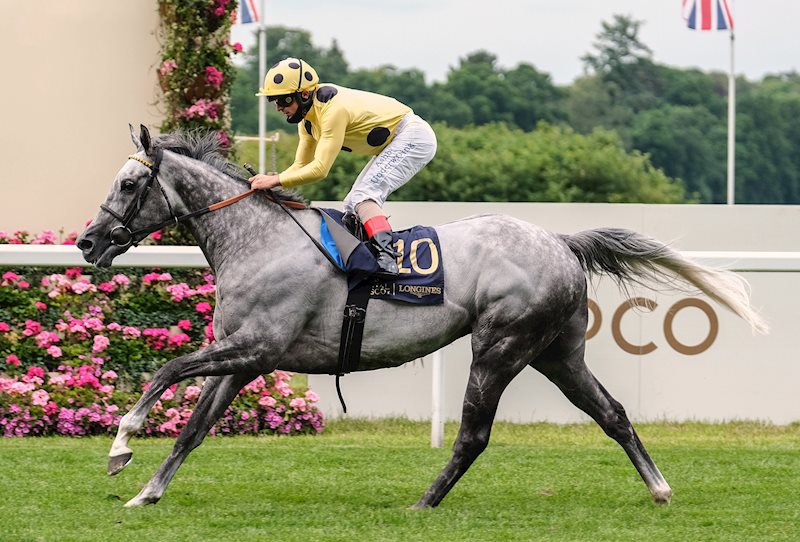