The China Horse Club-owned Choreographer will line up in the Group 2 King Edward VII Stakes. A son of Sea The Stars, he won his maiden at Windsor in April before a luckless seventh in the Dante Stakes at York.

Roger said: “Choreographer has trained well since his unlucky run in the Dante. He hit the line strongly that day suggesting that he is ready for the step up to a mile and a half. He is a good-looking colt with a lot of class and ability. He deserves his place in the line up.”

The son of Dubawi was second in the race last year and made a pleasing reappearance at Newmarket a month ago.

Roger added: “Ajman Bridge doesn’t win very often but he is a high-class handicapper who was second in this race last year. He has come on for his recent return at Newmarket and should run well.” 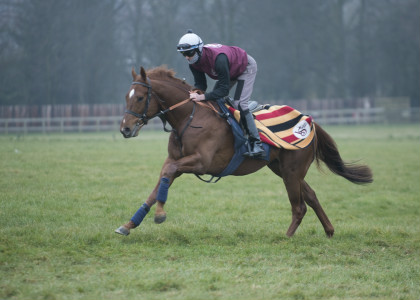