The son of Dubai Destination was drawn widest of all under Andrea Atzeni and therefore was forced to race three wide for the duration of the 1m2f trip.

Having travelled strongly, he struck the front entering the straight but was worn down in the closing stages by local raiders Happy Trail and He's Your Man. He was beaten under a length.

The draw probably cost him victory but we can take an enormous amount of proud in Farraaj's performance. 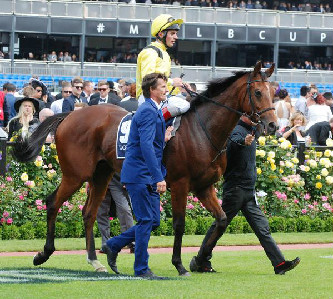 Farraaj after his solid third at Flemington