With 9st 11lb on his back and drawn widest of all in 22, there was plenty against him but Farraaj is a classy performer and is class told as he went on to win well under Andrea Atzeni.

Surprisingly the pace was not a strong one and Andrea was able to tack over and track the leader Zain Eagle.

Farraaj raced enthusiastically and was well-positioned to strike on enterering the home straight.

Zain Eagle kicked for home but Andrea had that moved covered and went in pursuit. Farraaj hit the front inside the final furlong and passed the post a length and a half to the good.

Roger said: "That was a very, very good performance. To win a handicap like that off 111 from stall 22 was very impressive.

"Andrea has ridden him perfectly. He loves fast ground - he'll be back into Stakes company now and we may look to go abroad with him later in the year." 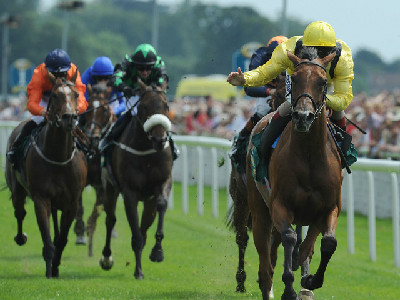