The daughter of Nayef won in the colours of her owner/ breeder Meon Valley Stud and this victory will have added considerable value to her as a broodmare prospect.

She has been knocking on the door in recent weeks and it was great to see her get her head  in front.

She was well-drawn in one and jockey Dane O'Neill was happy to take a lead from the forward going Response. Familliarity travelled well in behind and seemed to handle Lingfield's undulations well.

Dane took over the running with a furlong to go and Familliarity stuck on gamely to win by two and a quarter lengths.

Roger said: "It is important to win with these well-bred fillies and she has done it nicely. She goes on firm ground and can hopefully win again whilist the weather stays like this." 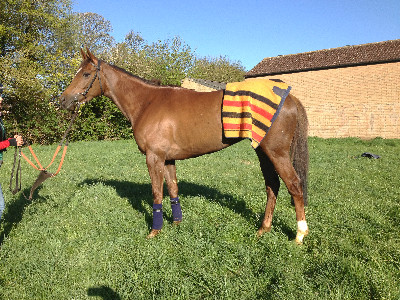 Familliarity enjoys a pick of grass