An easy victory for Sheikh Ahmed Al Maktoum’s FAATTIK who travelled well under David Egan this afternoon to hit the line in front in the Sorvio Insurance Brokers Novice Stakes, completing the double in as many days at Salisbury Racecourse.

An eye-catching debut back in July at Lingfield set this gelded son of Bated Breath as market favourite at Salisbury this afternoon. This time in the hands of David Egan the pair travelled strongly remaining prominent from the initial stages. Continuing to remain a dominant fixture at the front of the race demonstrating that the 3YO enjoyed the switch to turf. FAATTIK moved smoothly into contention, powerfully taking up the running and sprinting clear in taking fashion. Continuing to run on clear to hit the line a dominant four and a half lengths clear of TIME STEP from the Sir Mark Todd team.

Congratulations to Sheikh Ahmed Al Maktoum and connections. A pleasing run from the lightly raced three-year-old and it will be fascinating to see how he will come on from the run, justifying favouritism to get off the mark at only the second attempt this afternoon. 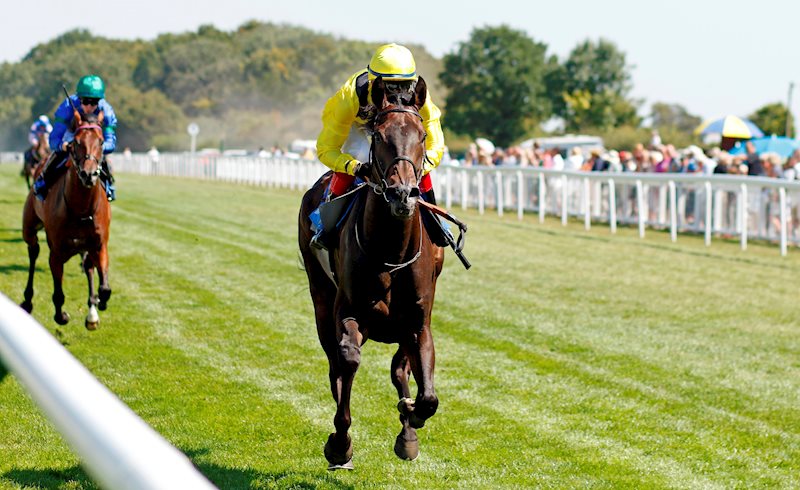