Sheikh Mohammed Obaid's champion Postponed has been retired after suffering a stress fracture.

The son of Dubawi won the G1 King George VI and Queen Elizabeth Stakes as a four-year-old and enjoyed a breakout season in 2016, when adding the G1 Dubai Sheema Classic, the G1 Coronation Cup and the G1 Juddmonte International over ten-and-a-half furlongs.

Successful at two, and winner of the G2 Great Voltigeur at three, at five Postponed was rated the best older horse in Europe by Timeform, the best horse of any age over a-mile-and-a-half, and second only to Almanzor in the Horse of the Year rankings. His Timeform mark of 130 is the highest by any horse by Dubawi – and is a pound better than his sire's own rating.

Roger said: “Postponed has been a magnificent racehorse to have in the yard and it has been both a pleasure and privilege to oversee the second phase of his career. I am very grateful to Sheikh Mohammed Obaid for allowing me that opportunity and to Postponed himself for proving such a willing and talented ally.”

“It's a shame for everyone that we won't see him on a racecourse again, and it's especially sad for Sheikh Mohammed Obaid, who showed such sportsmanship in keeping him in training. Postponed had all the attributes of the complete champion racehorse – the speed, the stamina, and a telling kick. He travelled like a machine.

“A stress fracture like this wouldn't usually be a career-ending injury – except that it's May and he's six, and we don't want to take unnecessary risks with him. He's done us all proud, and we owe him a great debt of gratitude.”

A decision on Postponed's future stud plans will be taken at a later date. 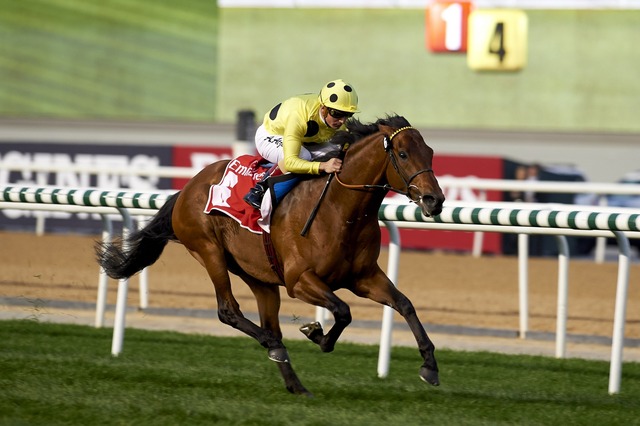