Establish came of age at Newmarket on Saturday where he recorded his second success in as many starts in the mile Class 2 Handicap under David Egan.

His three starts as a juvenile were full of promise, finishing placed on two occasions and this season he has taken a big step forward. A poor draw put paid to his chances on his seasonal return at Lingfield, but he still managed to pass all but two rivals in the home straight to finish third. It was on his next start that he got his head in front for the first time, coping with the firm going at Bath to get up by a neck in the final 100yards.

Jumping up from novice company into a competitive Class 2 Handicap at racing's HQ, it was no surprise to see him friendless in the betting market. Having won on him at Bath David Egan was in the plate once again and he gave this horse a terrific ride; burying him in the midfield through the race and producing a run as the field emerged from the dip to record a half length victory over the favourite Eastern World with the Britannia runner-up Finest Sound back in third. 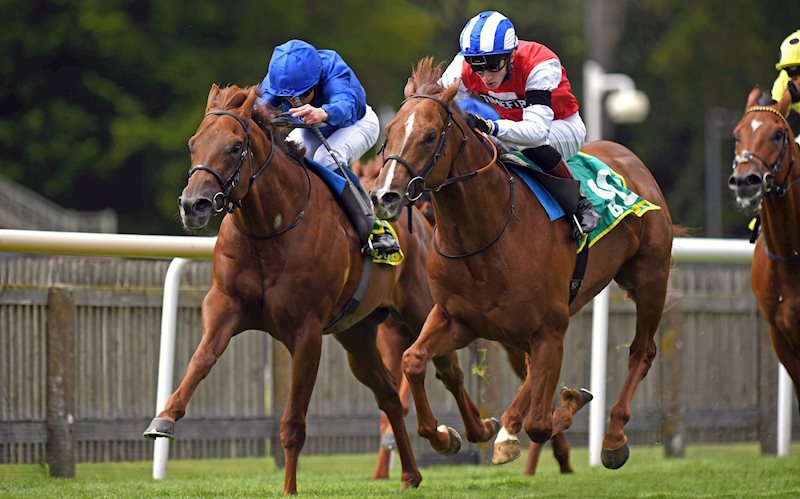 Later on in the afternoon a beautifully bred three-year-old colt was making his debut at Salisbury in a 7f Novice. Craig Bennett's homebred, Tinker Toy, is the first foal out of Cursory Glance who won the G3 Albany Stakes and G1 Moyglare Stud Stakes for Roger in 2014. He is a big strong colt, by the American stallion War Front, who was given time to mature as a young horse and so did not see a racecourse at two, but his long anticipated racecourse debut did not go unnoticed by the betting public and he was sent off the evens favourite.

He broke smartly and always travelled strongly for Jack Mitchell, who recorded a four-timer on the evening. He was still on the bridle with two furlongs to run and when Jack asked him to go and win his race the response was fairly electric with Tinker Toy skipping clear of the field to record a 3¼length victory.  He is a beautiful stamp of a horse with a pedigree to match and so it is highly exciting for him to get his career off to a winning start.