The Sheikh Ahmed-owned Ennaadd won his maiden impressively at Lingfield in December and lined up in the Class 3 mile handicap off an official rating of 91.

Despite conceding plenty of weight all round and racing keenly, Ennaadd came from the rear under Andrea Atzeni to win eased down by a length and a quarter.

Roger said: "I was impressed by that. He did plenty wrong but still managed to win in the style of a colt on the up. We'll see what the handicapper does before deciding where to run next."

Andrea added: "We like this colt. He has a really good turn of foot and likes somthing to aim at."

Later on the card, Sheikh Mohammed Obaid's Barsanti won his first start for us in the 1m2f handicap. The son of Champs Elysees showed promise in maidens last summer and, despite still showing signs of greeness, ran out a ready winner.

There was plenty of scrumaging inside the final furlong but Barsanti overcame this and powered clear under Andrea to win by three and a quarter lengths. 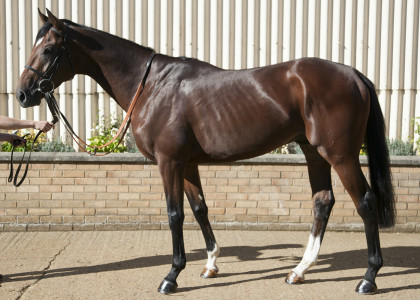