The son of Oasis Dream has been in fine form of late having produced a career best last time out when third in the Group 2 King George Stakes at Glorious Goodwood.

Back down in grade, Justineo blizted a trail down the centre of the track and was never headed under jockey William Buick.

Masamah and Judge N Jury were closing at the line but Justineo was well in command and won by a length and a quarter.

Roger said: "He is very versatile regarding ground and is really improving now we have found his right trip.He is in the Prix de l'Abbaye and he could run in that.

"We know now he's a very fast horse and that he should cope with whatever conditions prevail in France in early October." 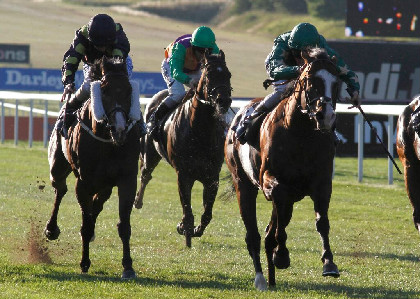