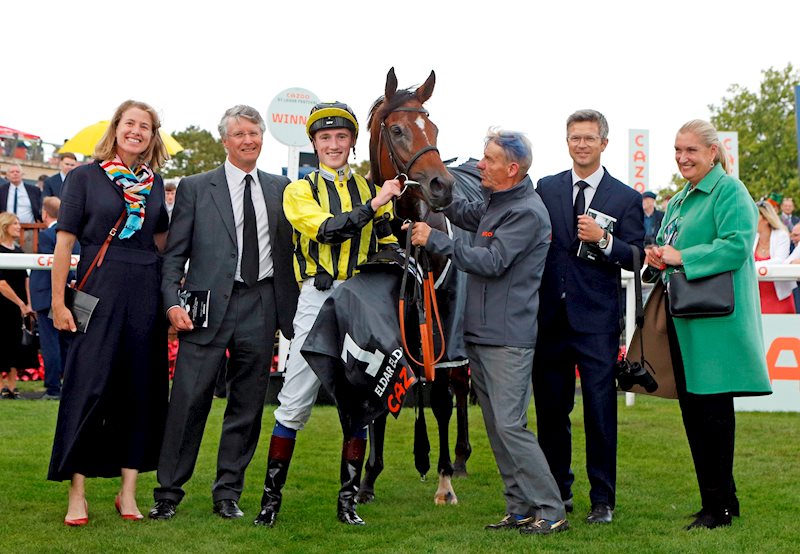 The G2 Queen’s Vase winner found plenty left to do 2f from home, but picked up in fine fashion under David Egan, surging inside the final furlong to clinch the lead and win going away.

Roger had been quietly confident that ELDAR ELDAROV could build on his last appearance, which saw him come fourth in the Grand Prix de Paris. “I quietly thought he had a really big shout today. Everyone wasn't wowed by his run in Paris, but he ran well and the winner pushed Luxembourg all the way in the Champion Stakes. And that was on fast ground, it was 36C and it was a long journey out there. He was only just getting going as the line came.

"His run at Royal Ascot showed he had stamina in abundance, and his run at Nottingham as a two-year-old in pretty testing conditions, albeit in different company, showed he handled the ease in conditions today. The question he had to answer was whether he was good enough and he did that."

Doncaster has been a significant track for Roger, sending out his first winner there with Eton Forever taking the Spring Mile and landing the Leger with Kingston Hill three years later.

Huge congratulations again to ELDAR ELDAROV's owner His Highness Sheikh Khaled and connections - we look forward to seeing what the future holds for this stable star.