Owned by Sultan Ahmad Shah, West Drive broke his maiden back here in August when fending off the John Gosden-trained Vermeulen by a length.

With the blinkers worn on that occasion replaced by first-time cheekpieces and a front-running ride swapped for waiting tactics, West Drive secured the same result in bravely denying the Ed Dunlop-trained Opposition following a protracted duel inside the final furlong.

The lightly-raced pair pulled three and a half lengths clear of Essenaitch in third as driving rain greeted the runners on a dank and unpleasant evening by the Thames.

This was West Drive’s second victory in ten starts and the son of Sea The Stars, whose handicap form includes a sixth-place renewal in last season’s red-hot Edinburgh Cup, looks capable of further progress across the course of the summer.

Roger said: “West Drive ran in competitive company as a three-year-old and a mark of 80 was clearly a fair place from which to start this season. He has come forward for his Lingfield reappearance and the cheekpieces have helped him at the business end.

“He takes plenty of stoking up, but he put his head down at the line, and I don’t see why he won’t continue to improve. He shapes like he will stay 1m6f and he is probably better on better ground.” 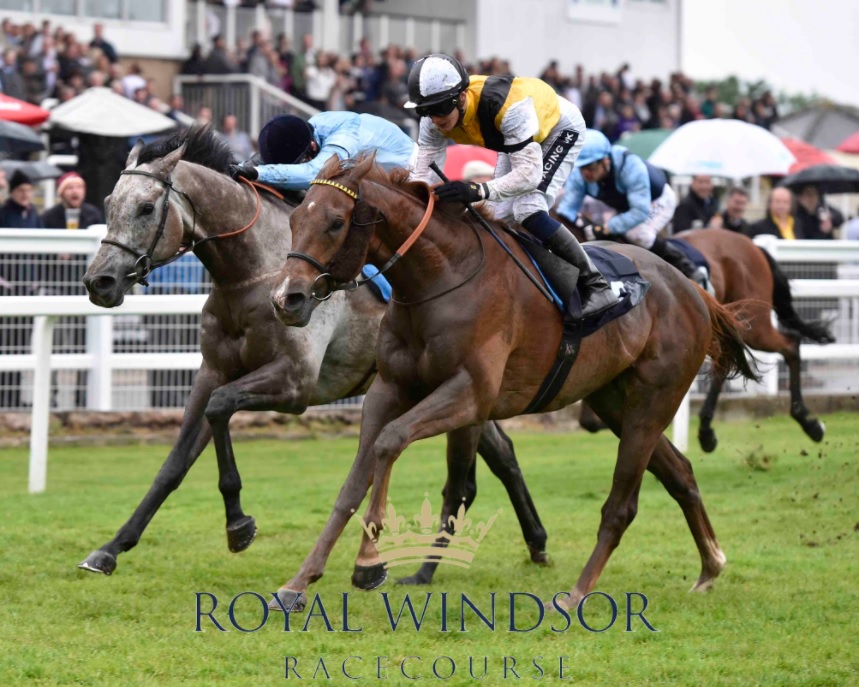