Alan Spence's gelding won at Newmarket a fortnight ago and defied a 10lb raise in the weights to win again under Freddie Tylicki.

He was hampered coming out of the stalls but was soon travelling strongly on the heels of the leaders.

He eased into the lead at the furlong pole and quickened clear to win readily by a length and a half.

Roger said: "Double Up is a sprinter on the up. He showed that he is versatile regarding ground conditions and did it nicely." 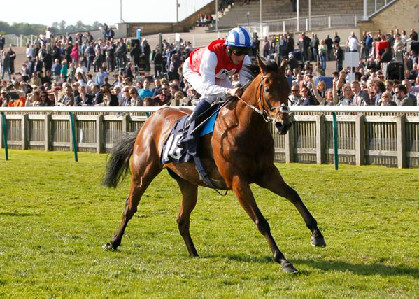 Double Up winning at Newmarket earlier this season.