The son of Exceed And Excel, who runs in the colours of Alan and Mike Spence, had shown promise in his homework last summer before he picked up a minor injury which prevented him from seeing the racecourse in his juvenile year.

His work had been good this winter and he was sent off a 4/5 chance for his racecourse debut under Andrea Atzeni.

The race went smoothly and Andrea soon had Double Up travelling sweetly in behind the leaders.

He was green coming down the hill and around the final bend but picked up well once he found his feet with a furlong to run.

He hit the front with 100yards to go and soon asserted winning by a length going away.

Roger said: "Double Up is a good looking colt. He came close to running last year and is a horse we have always liked.

"He should improve for the run and I hope he has a decent future." 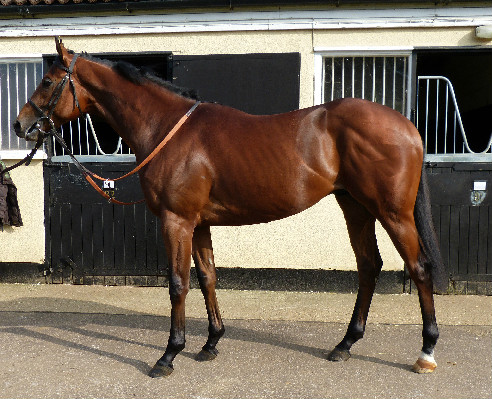