The former, a full brother to the top class The Fugue, broke his maiden at the fourth time of asking in the 1m2f maiden.

He had been placed on all his starts to date and won comfortably under Sean Levey.

Levey was also aboard Muthmera who opened her account in a 1m4f handicap. The daughter of Dynaformer had some very strong maiden form and was suited by the step up to a mile and a quarter.

Roger said: "It's great to have a double at Chester. The prize money there is very good and their hospitality is second to none.

"Both horses had been running well and deserved to win." 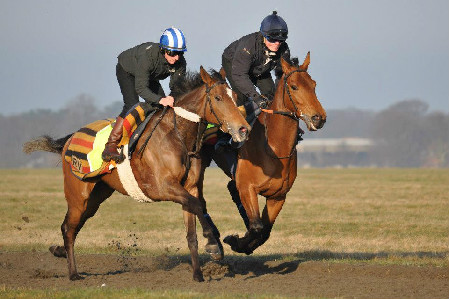