First off was JARAMILLO who helped Hollie Doyle complete a fantastic four on the card at Leicester this afternoon. DUBAWI SANDS followed suit at Ripon, landing a double victory for the Varian team.

JARAMILLO (pictured) impressed in the Racecourse Live Streams On RacingTV Extra Novice Stakes, confirming himself as a promising prospect, despite an element of greenness, likely down to it being his first run back since a 151 day break. Hollie Doyle ensured the Oasis Dream three-year-old colt was always in touch with the leaders, tracking them in fourth in the early stages. Turning into the home straight Doyle made a challenge at the 2 furlong marker, pushing Jaramillo along down the outside. Despite some wandering around, Hollie's professional ride kept Jaramillo on the straight and narrow, ensuring his natural ability came through as he took the lead in the closing stages to win by 3/4L. Flanked by the neighbouring yards of Sir Michael Stoute with Possible Man in 2nd and Meritorious from the John and Thady team in 3rd.

Jaramillo was always doing enough and will no doubt improve for the run. Congratulations to Teme Valley and connections.  The Oasis Dream colt remains an exciting prospect with a Derby entry in hand this season.

DUBAWI SANDS continued the winning genes of his half-brother 2000 Guineas winner Galileo Gold at Ripon today, justifying hot favouritism to go one better than his last appearance in early April at Nottingham. Ridden hard under Jack Mitchell early on to maintain close contact with the leaders, the Dubawi colt eventually knuckled down, asserting his superiority in the final phases. Mitchell rode to challenge in the home straight and Dubawi Sands, leaving all to show in the closing stages, responded well displaying a good turn of foot to take the lead inside the final 2 furlongs. Continuing to run on well, he cruised to a 3L lead 1 furlong out, going on to win by a comfortable 2 3/4 lengths to the Mark Johnston trained Allegranza.

The win completed a double on the day for the Varian team, many congratulations to winning connections and all involved. A well-bred and promising sort who should go on to much better things, Dubawi Sands is one to watch this season. 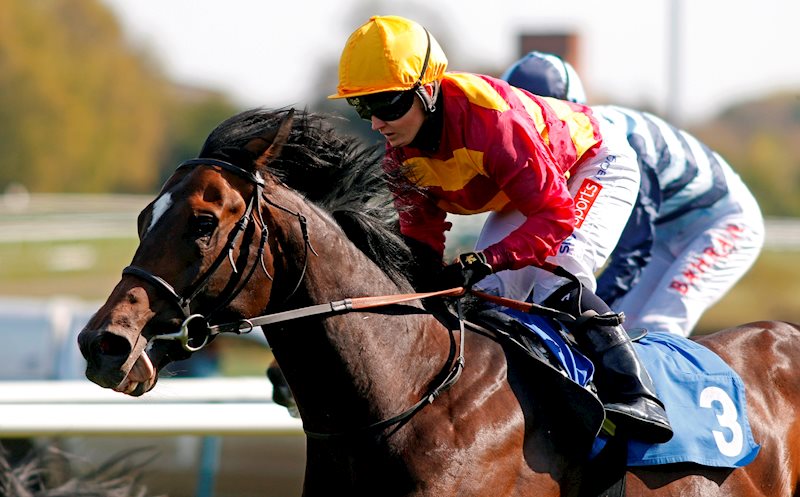