Sheikh Ahmed's daughter of Shamardal took a seven-furlong fillies' handicap in the hands of Kieren Fallon.

She broke well from the stalls and adopted a position on the heels of the leaders.

Kieren moved up to challenge for the lead with two furlongs to run and she picked up well, striking the front before going on to win by two and a quarter lengths.

Roger said: "It wasn't the strongest of races but she has done it well. She is a well-bred filly at it's good to get a win beside her name." 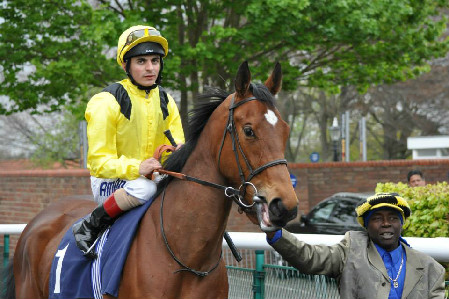