Nurlan Bizakov’s daughter of Sea The Stars won a maiden at Wolverhampton in March before following up in a 0-75 handicap at Windsor in April.

Anipa faced a tall order on the form book and on official ratings but she continues to improve and won in game fashion under Andrea Atzeni.

She was well drawn in two and Andrea was able to get a lovely run round in behind the pacesetter Secret Pursuit.

The leader kicked for home with two furlongs left to run but Anipa was travelling strongly and ready to pounce.

She struck the front at the furlong marker before holding all challenges at bay to win by a half a length.

Roger said: “She's a good little filly and keeps on improving. On ratings, she had to step up on what she had done previously but I'm delighted she's done so.

“She seems to handle these quirky tracks so we'll see how she is when we get back home.”

Andrea added: “She's improved a lot and it's great to see her improve from a Wolverhampton maiden to this.

“She's not big but she's tough and she's done it well today. I wanted to be positive and she's travelled really nicely all the way round.”

Anipa was bred by Mr Bizakov’s Hesmonds Stud in Sussex. She is out of In The Wings mare Anna Amalia and is a half-sister to Group 3 winner and Group 1 placed Ave.

Although she does not hold an entry in the Oaks at Epsom, she has been entered for the Ribblesdale Stakes at Royal Ascot. 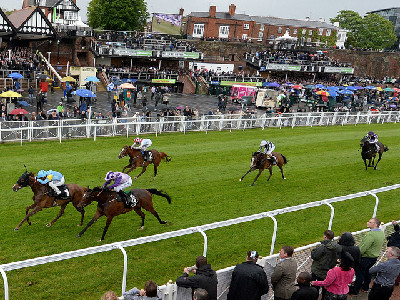