Ballylinch stud owned/bred LORD OF BISCAY shed his maiden tag at the first time of asking with a very taking debut at Yarmouth Racecourse. The Lope De Vega colt travelled strongly throughout under the expert guidance of Andrea Atzeni before showing a thrilling turn of foot 2f from home to surge to the lead from mid-field, staying on well to beat race favourite Obelix.

He looks like an exciting prospect and his pedigree certainly suggests there is more to come - being a half-brother to G2 Champagne Stakes winner BAYSIDE BOY (see later) and dual G2 winner FOREST RANGER. 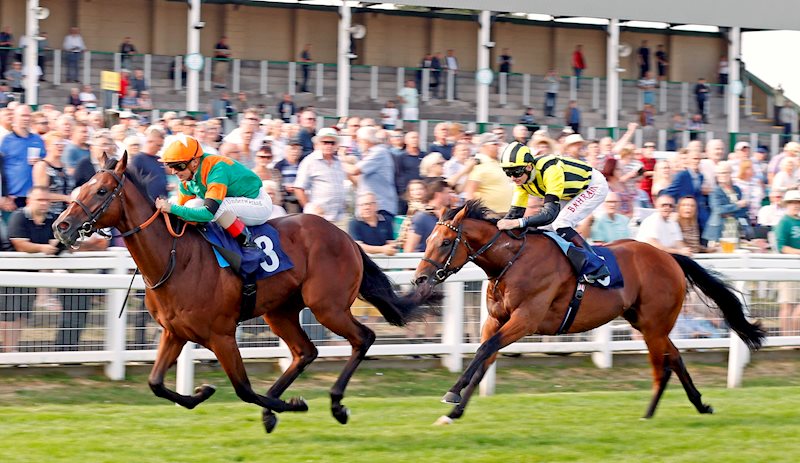 Shortly after LORD OF BISCAY’s winning debut, his New Bay half-brother BAYSIDE BOY took his turn in the winners enclosure.

BAYSIDE BOY was an exciting juvenile for the yard last year, winning the G2 Champagne Stakes before placing third in the G1 Dewhurst and G1 Vertem Futurity. Having missed the mark in his first three runs of his three-year-old season, it was great to see him return to winning ways in today’s Listed Chasemore Farm Fortune Stakes at Great Yarmouth Races.

Bayside Boy strikes in the feature!

The three-year-old beats his elders in the @chasemorefarm Fortune Stakes, continuing the fine run for @varianstable in the Listed highlight at @Sandownpark.

Treble on the day for William Buick 👏 pic.twitter.com/wOgcjk0Xm6