Andrea gave him a terrific ride, tracking the leaders before kicking for home with three furlongs to run.

Australia loomed up and swept into the lead but Kingston went down fighting and the pair were well clear of the third Rhomsdal.

Roger reflected: "It was a great run. He has backed up the form of his two-year-old win in the Racing Post Trophy and proved he is up to mixing it with the best.

"He got the trip well and Andrea gave him a lovely ride. We have no excuses - we were beaten by a better horse on the day and we are incredibly proud of his performance.

"He seems fine this morning - he has a wonderful constitution; has eaten up and been for a pick of grass. I'll see how is over the next few days before making a firm plan but at this stage the Irish Derby would be under consideration."

Ambivalent also put up another creditable display to finish third to Cirrus Des Aigles in the Coronation Cup. The daughter of Authorized has hit new levels this year and could be one for an international campaign later in the year. 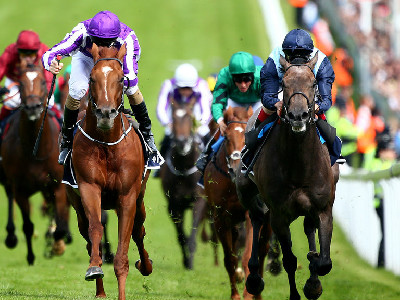