On her first start over 1m4f Believe In Love doubled her winning tally with an impressive two length victory in the fillies' handicap on day one of the Glorious Goodwood meeting.

Believe In Love made her debut in July last year, finishing fifth in a 7f fillies' maiden at Newmarket. She was then given a break before setting out on a busy all-weather campaign through the winter; three closely fought second place efforts were thankfully rewarded with a win at Kempton over 1m3f in March shortly before racing was abandoned for two months.

Stamina is clearly in abundance for this daughter of Make Believe, who travelled behind the bridle through the first half of the race and it was really only when the field turned into the home straight that she began to really motor, picking off her rivals one by one to eventually storm clear of a very strung out field.

Her owner Mr Koji Maeda, who purchased Believe In Love for 55,000gns at Tattersalls Book 1, breeds horses at North Hills Farm in Hokkaido (Japan) and has horses in training in Japan and the US. She is out of the G2-placed french mare Topka and a half-sister to G2 Prix Hocquart winner Top Trip. 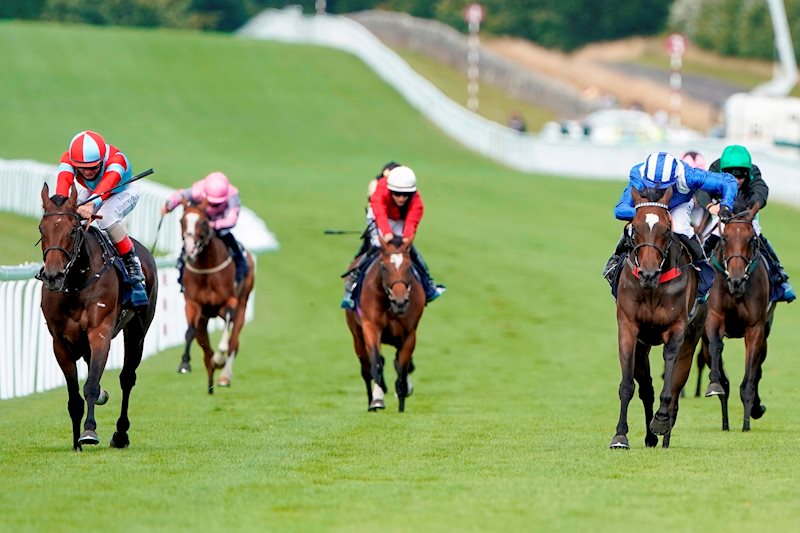 Later the same day Line Of Departure got of the mark on his fourth start in a 6f nursery at Yarmouth.  He has progressed with every start this summer; having worn blinkers on his first three starts the headgear was left off this time and he put his experience to good use, tracking the leader through the race and picking up well to win a shade cosily under a hands and heels ride. Hopefully there is more to come from this son of Mehmas who is a half-brother to this year's G1 Commonwealth Cup winner Golden Horde. 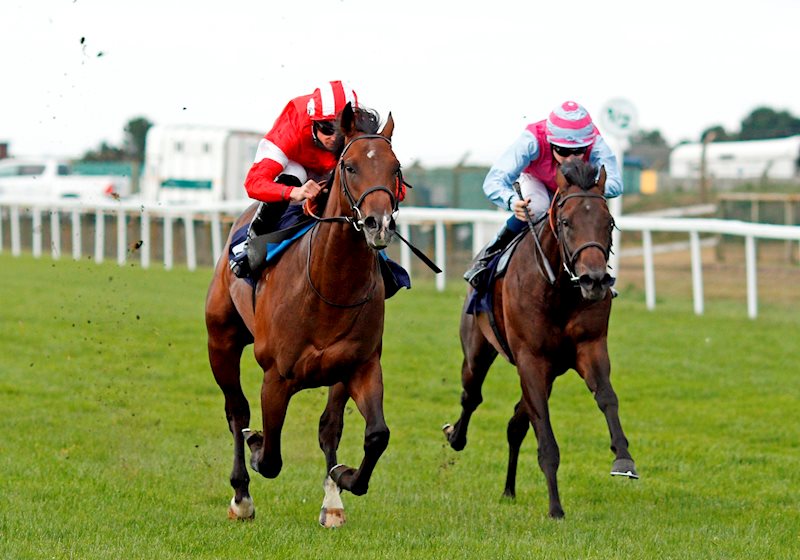