Believe In Love has been a tremendous success story this season; from contesting Class 5 handicaps at Lingfield in February, she has risen 36lbs in the handicap, and topped off a terrific campaign with victory in the G3 Belle de Nuit at Saint-Cloud.

A three-year-old daughter of the first season sire Make Believe, she has plenty of stamina on her dam's side; her half-sister, Top Trip, won the G2 Prix Hocquart over 1m3f and finished third in the G1 Ascot Gold Cup.

Believe In Love made a pleasing impression on two starts as a juvenile and she looked progressive as she began to step up in trip on the all-weather earlier this year. Her winning streak began at Kempton in March and following a break she record three consecutive victories in competitive turf handicaps, excelling in testing conditions that really tested her stamina. She performed admirably when making a big step up in class in the G2 Park Hill Stakes, finishing a close third and so this first Group success is very well deserved for this plucky little filly.

Congratulations to her owner Mr Koji Maeda who has bravely campaigned this filly and she has risen to the challenge. 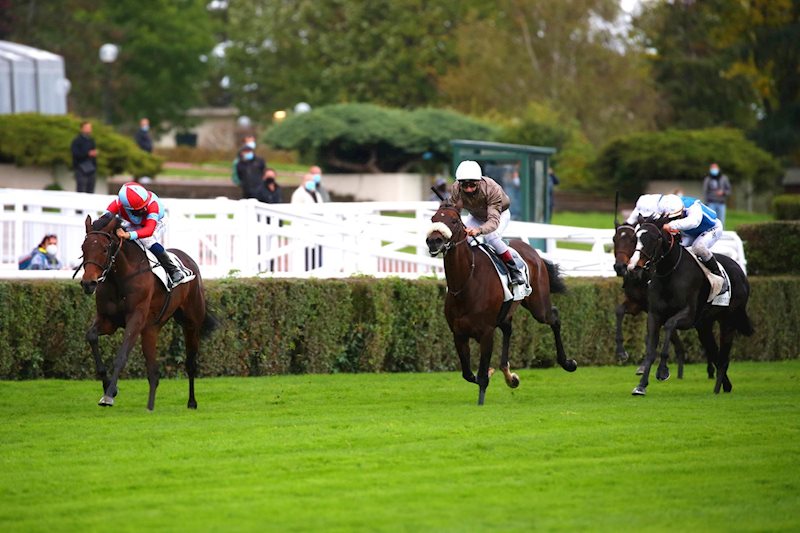 This success is Varian Stable's 100th of the campaign (97 domestic) and was supported today by a strong undercard of performances from Baradar who justified being supplemented by finishing third in the G1 Vertem Futurity Trophy, Saint Lawrence who was third in the G3 Horris Hill Stakes and Litigator who filled the same spot in the G3 St Simon Stakes.