The heavy ground at the Rowley Mile did not inconvenience this son of Make Believe who wins at the first time of asking for new owners to the yard, Opulence Thoroughbreds.

Purchased at the Goffs UK Breeze Up Sale for £85,000, Beau Jardine is closely related to an old favourite of Varian Stable being out of a half-sister to the dam of Defoe. He is a lovely looking son of Make Believe (Makfi) who has made a very good start to his stud career, siring the winner of the Prix du Jockey Club from his first crop.

In the race itself Beau Jardine showed good tactical speed moving up into a midfield position after a slow start and making strong headway inside the final half mile to press the leaders. Alongside his stablemate, Dubawi Sands, he began his run passing the bushes and jockey Eoin Walsh kept him balanced running down into the dip before he extended up the hill to take the lead, eventually passing the post ¾l ahead of North Of Amazing who raced on the far side of the track. 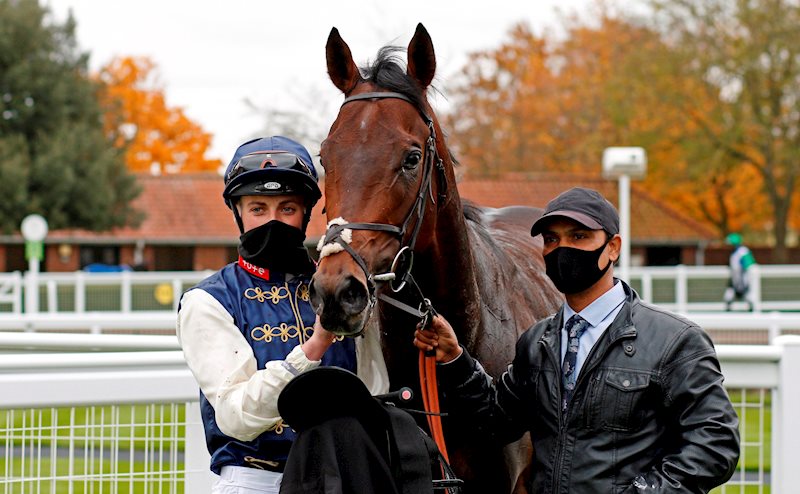