YOUNG AND FUN's debut victory set the winning tone, but BAYSIDE BOY takes the headline with an exhilarating G1 victory in the Queen Elizabeth II Stakes!

YOUNG AND FUN went one better than last time out to break her maiden in fine style. The Lope De Vega juvenile raced prominently throughout, responding willingly when shaken up off the home bend by jockey Kevin Stott to come through and take up the lead within the final furlong.

Congratulations to connections, she looks like a promising filly and we look forward to seeing her progress.

A brilliant performance from Teme Valley and Ballylinch Stud's BAYSIDE BOY brings home our second G1 of the year! 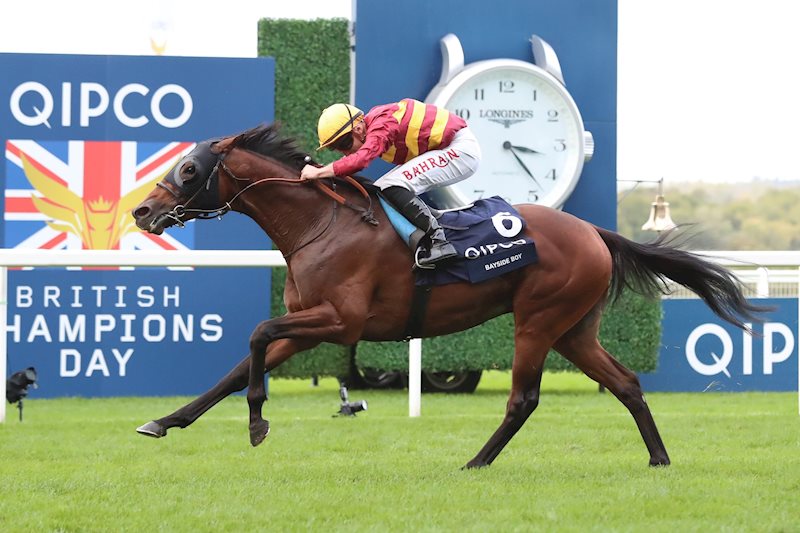 The Ballylinch Stud-bred New Bay colt was one of last term’s leading juveniles, winning the G2 Champagne Stakes before placing third in the G1 Dewhurst and G1 Vertem Futurity. Having bounced back to winning ways in the Listed Chasemore Farm Fortune Stakes last month, today he cemented his juvenile form on the big stage of Ascot’s Champions Day when storming home to land the G1 Queen Elizabeth II Stakes.

Sitting towards the rear of the field early on after a slow break, BAYSIDE BOY was left to reel in the leaders up the home straight. Showing a remarkable turn of foot he came from the clouds under Tom Marquand to pick off the field one by one and run out an exhilarating winner of the 1m G1 contest, with Godolphin’s multiple G1-winning Modern Games in second and long-time race leader Jadoomi finishing back in third.

Tom Marquand: “He obviously enjoyed chasing them down and from the 2f there was never a moment that I didn’t think he was going to get there - he was really sailing home”

Roger Varian: “We had high hopes for him this season but he really didn’t enjoy the firm ground in the summer. He won nicely at Sandown last time, that must have been a good confidence booster for the horse but we’re delighted with him today. I’m looking forward to watching it again, he showed a great turn of foot."