We were beginning to think our luck had run out this week, as all the horses continued to run well but none could get their head in front until a welcome double at Bath on Thursday.

Establish had produced an eye catching run on his return at Lingfield three weeks ago to finish third having made up a significant amount of ground in the straight and so he was sent off short favourite to get off the mark in the 1m novice at Bath on Thursday evening. He tracked the leaders through the race under treble winning jockey David Egan and had to dig deep on ground that was probably a touch firmer than he would have liked to get the better of Defence Girl who didn't back down and had the rail to help her. The ride undoubtedly suited Establish who likes to be produced late. 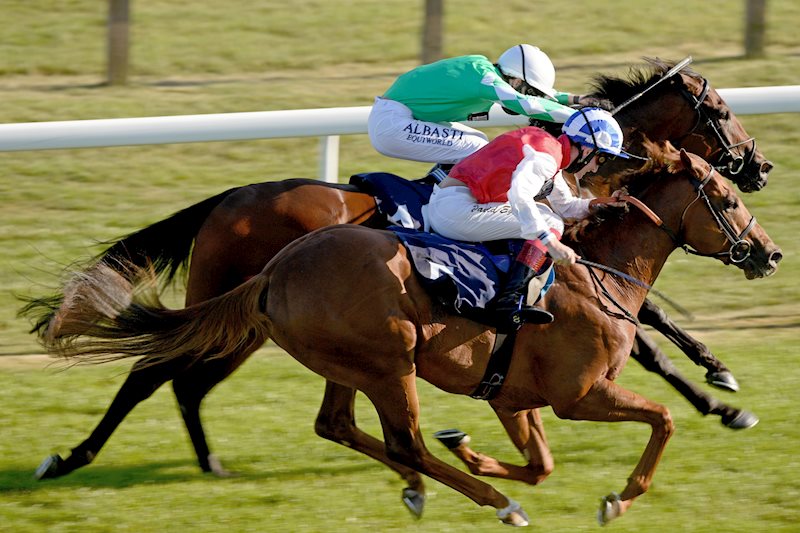 Establish getting on terms with Defence Girl inside the final furlong

Similarly to Establish, Motamayiz made his return to action at Lingfield just under three weeks ago where he was slowly into stride before making up significant ground in the straight to finish third. On this occasion David Egan made up his mind for him, riding vigorously from the gates to drive him up into a prominent position just in behind the leaders. The first time blinkers also looked to help this son of Charm Spirit who hit the front with two furlongs to run and extended his advantage all the way to the line to win by 3¾l, going away at the line. 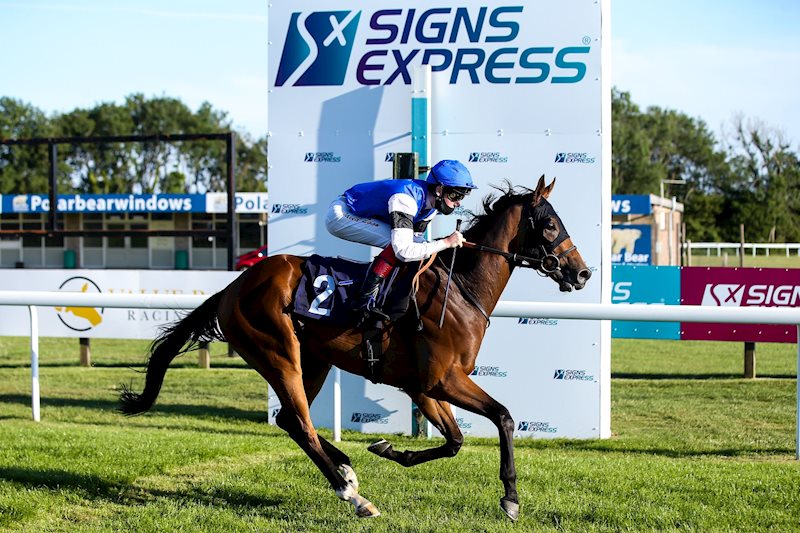 Motamayiz eased down at the line under David Egan