Baradar galloped to a comfortable victory at York on Saturday where he defied a 6lb penalty under David Egan to win the 7f novice.

Baradar once again showed his liking for soft ground having made a winning debut at Newbury in similar conditions in August. He still ran a decent race in defeat on his second start in the Haynes, Hanson & Clark Conditions Stakes where he was beaten 1¾l by the winner Yibir. The ground was good that day and a return to soft conditions at York on Saturday allowed him to stretch out well under David Egan to record a 2¾l success, with his two closest pursuers being fillies carrying 11lb less on their backs.

From the first crop of Muhaarar, Baradar is a half-brother to stable mate Roseman who will line up in either the QE II or the Champions Stakes at Ascot on Saturday. 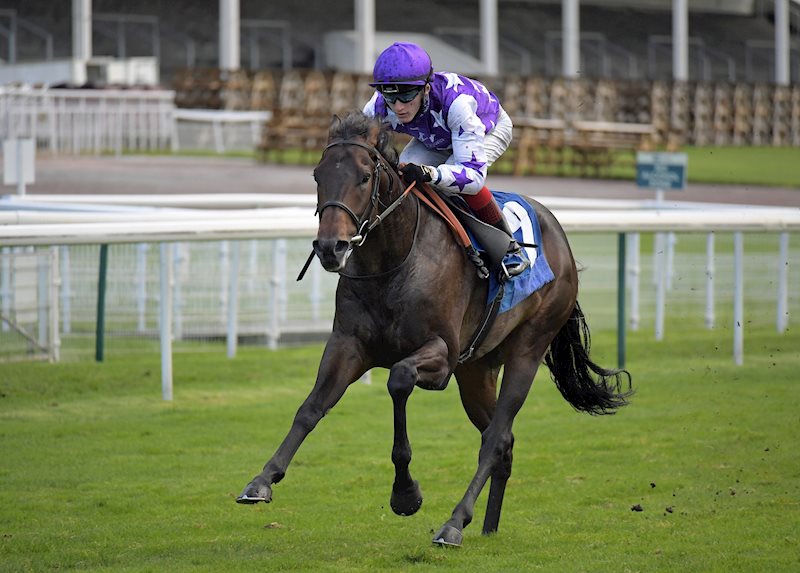 Baradar and David Egan in splendid isolation at York on Saturday