Pretty Vacant got our two-year-olds off the mark when taking the 5f novice median auction race at Leicester. Owned by Chloe Baines, the son of Elzaam was second on debut at Haydock ten days ago and stepped up on that effort to win comfortably under Andrea Atzeni.

Spanish City had little trouble shedding his maiden tag over 5f at Windsor. Owned by Craig Bennett's Merry Fox Stud, the son of Exceed And Excel showed a decent turn of foot to win in the hands of William Buick.

Paul Hanagan was aboard for our third winner of the day, Taneen, who took the feature 6f handicap at Leicester. The Sheikh Hamdan-owned colt shaped with promise on his seasonal bow at Newbury and ran out an impressive winner   back in handicap company.

Roger said: "It's great to get the first two-year-old winner on the board and to have a winner by Elzaam who we trained for Sheikh Hamdan. Pretty Vacant stepped up on his debut and did it nicely. There should be more to come from him.

"Spanish City overcame his inexperience and hit the line strongly. He is a fast horse and I think 5f handicaps will be on his agenda now.

"Taneen is a colt we have always thought plenty of and I am delighted to see him win in that style. It looked a competitive race on paper but he has put the race to bed and won easily. " 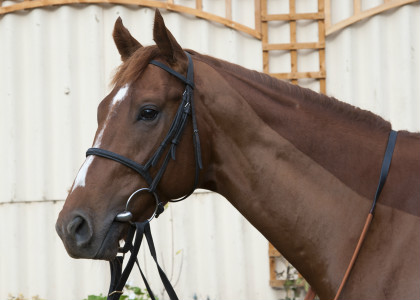 The handsome head of Spanish City