Go Sakhee, a son of Sakhee's Secret, was given a well-judged ride by Freddie Tylicki and went on to score impressively by six lengths.

One Pekan has yet to win this season but has been second on no less than three occasions. He overcame the heavy ground to get up late in the day under a strong Moore drive.

Roger said: "We thought we would mix things up with Go Sakhee and he has really enjoyed making the running. One Pekan has only ever won at Epsom with Ryan Moore aboard - he has been running well and it's great to get another win to his name." 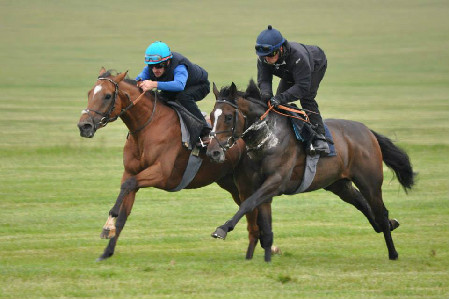 One Pekan (near side) on the watered gallop