Drawn widest of all for the feature seven-furlong handicap, Moore took a pull coming out of the stalls settling Ashaadd at the rear on the rails.

He travelled well and was still full of running with three furlongs left to run. It was then that Moore switched off the rail and begun to weave his way through the pack.

Ashaadd answered every call, and once in the clear he motored up the hill to collar Homage on the line, winning by a neck.

Roger said: "That was great to watch. He has stayed the stiff seven (furlongs) well and acted on the faster ground. He should be a fun horse for the summer."

Ducab only narrowly failed to make it a double when he finished second in the 1m2f maiden later on the card. 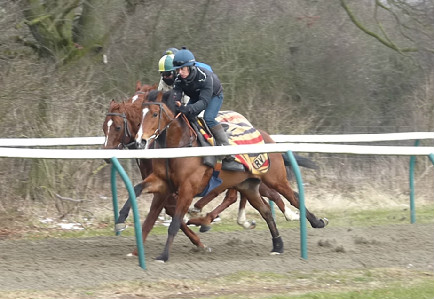